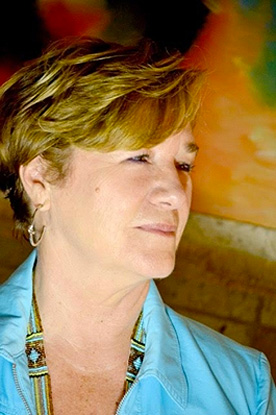 Author and lecturer Frances Fox (Munich, Germany) is a world-renowned shaman, expert in alternative medicine, remote viewing and psychic researcher skilled in the abilities of clairvoyance, clairaudience, clairsentience, claircognizance and telepathy. This means Frances can see, feel, hear and instantly “know” energies. She uses her skills to reveal unseen factors in business, health and family life, factors often hidden in other dimensions. The core of her skills come from her training in Tibet with a Bön shaman who practiced the oldest spiritual traditions of that region.

Video: What is your mission in this lifetime?

Below is information on Frances’s  research, her discovery of the Mind Body Connection, resolution of the issues surrounding the strings in String Theory, the connection between ancient prayers and the human energy system and more below:

It has been said that in the Age of Aquarius, science would become religious and religion would become scientific. Frances’ research on the mind body connection may ultimately fulfill that destiny.

Her ability to observe and sketch the dynamics of other dimensions reveals the assemblage of energy bodies humans have and explains how they are interconnected by thousands of strings shaped like the Tree of Life.

Frances has documented how alternative medicine has a greater impact in treating illnesses because it treats the bodies and strings revealed in her investigations. She has developed several protocols that incorporate CBD OIL, the Fox Bagua Map, and Mantras.

VIDEO: The Discovery of the Mind-Body Connection (Chapter 1)

VIDEO: The Discovery of the Mind-Body Connection (Chapter 2)

Frances Fox incorporates her skills in her work as author, talent, and radio personality. Due to her exceptional abilities, she is an internationally recognized figure and frequent guest on television and radio.

Discovery Channel’s Animal Planet produced and aired a segment featuring Frances’ work with dolphins that was translated into seven languages.

She is a frequent guest on national Spanish television shows such as Caso Cerrado and Al Rojo Vivo (NBC/Telemundo Network) and Despierta America on Univision.

Frances has been a contributor to Cosmopolitan en Español, reaching over four million readers, Vanidades, La Raza, La Nota Latina and the web portal of Dr. Nancy Alvarez with a reach of seven million readers.

Want to learn more about how to handle change for good?