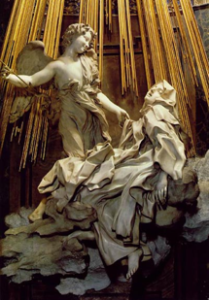 Conversation between Frances and the Dolphins.

Frances’ words are in bold, Dolphin opinions are in italics.

What is it that drove Eve and Adam out of the garden? Sex.

No, taking the apple.

Adam was fine alone, With Eve he became adventurous

He explored outside of his comfort zone and both agreed to take the apple, which is the apple of knowledge (teacher/apple/information)

In coming together a new level is reached and then more information is needed.

It is as if you were limited to a small space. You need information about that space to live, to survive. If your space is made bigger, you need to explore to know more because chances are, that bigger space may be different, have different things. You must be awake and aware to observe as you venture into the new, bigger space so as to keep yourself safe and to learn what you need to be safe.

Adam and Eve took the apple to explore their space, the garden of Eden but that apple was premature as they were “not allowed” to venture out of that space because they did not have the knowledge yet of their space. They needed to first explore their own, new space and then take the apple and then more out in to a bigger space

But the point is that together they ventured, and separately they would never have gotten out of their comfort zone. They would have overstayed the time they were supposed to stay in that one little, nice but little space, the Garden of Eden.

Together they can go further and separate they can more easily stagnate. That is the importance of sex.

It has been said for thousands of years that this time is a time of endings and beginning. That is true. The duality on Planet Earth will end and that duality includes the duality of male and female. For that to end, there needs to be an understanding of the opposites of each other.

Homosexuals and gays and then bisexuals understand or at least are exploring the erasing of that division between male and female.  Yes, being gay, lesbian, homosexual and bisexual is a sign of evolution. The people who choose this path are choosing what humans need at this time.

It is critical that the East understands the West, and in that way there are less wars and more time for positive consciousness expansion and for love to spread to others unlike us.

In sexual choices, it is critical that the line that divides male/female be erased. The reason that God made male bodies different yet compatible with females is that if he had not, then there would never have been a good, solid reason to get together.

If the male and female bodies did not “work” together as in having sex together, then men and women would not have paired off to explore and also fight about their differences.

In the fighting and exploring and trying to understand each other, they cross that line between them, and become more complete.  To repeat, the only reason male and female bodies were made different but compatible, in terms of sexual organs working together, was to ensure they had an important reason to stay together.

Think about it. If women did not have sexual organs capable of giving men orgasms, would their men stay with them or would they have spent all their time communing with people who really understand them, other men!

And if men did not have the ability to penetrate and give to women, and leave behind a piece of themselves, would women have tolerated the habits of men? No, women would have let go and turned to other women.